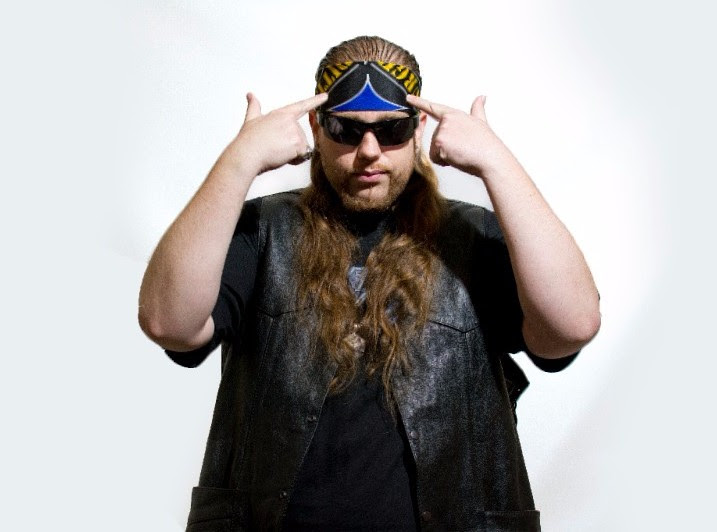 Having recently signed a deal with Miami based Supa T Records (Headed by King of Diamonds founder Terry Elliott Sr), Western Pennsylvania born rock/rapper Harley Dyse has been on a “Proud” promotional trail alongside with his label mates, rappers Juice Yung’n and Fully.

At first glance Harley Dyse comes across as the stereotype of a biker, the latter isn’t far fetched as the artist was raised in Western Pennsylvania where the influence of major biker gangs is part of the fabric of his childhood, paired with the urban sounds of Pittsburgh, Harley Dyse creativity and strive drove him to become the best in his own lane. Harley now tops the music industry’s up and coming artist with strong lyrics paired with party anthems and prolific story telling ability.

The first single released under Supa T Records was produced by renowned Gorialla Tek. The hard hitting lyrics are thought provoking and candid. Dyse explained “Proud to be white title stems from me not shying away from being proud of who I am at the same time not turning a blind eye to the racial inequalities taking place in america.”

“Why can’t black folks have the same kind of privileges I do?
We all bleed red I can’t understand but I’m a try to
10 black girls go missing in DC, trump over look it
Let that had been 10 white girl the whole country be looking
Police pull over Lil timmy have a nice day
Police pull over jamaal now he laying in a grave
Turning the Projects to prisons modern day slaves
War on drugs but there’s more drugs in the hood everyday
America it’s a shame we still suffer
still judging and everybody skin color
This ain’t the dream that dr Martin king died for
As long as u human I’m a ride for ya civil rights boy

God says Every man my brother every woman my sister
How the fuck should react if someone call my daughter nigger
How should I react when they try to label my son a thug
Raising biracial children in a world with no love
80% of stop and frisk cases is minorities
African Americans it is embarrassing more importantly
the conviction rate compared to whites is an anomaly Treated improperly,
on average charged $700 dollars more when attempting to purchase property and obviously
racism isn’t a new concept to the land of the free
Oppressing a people counterproductive and damaging the seeds
of the future”

Speaking on his new journey with Supa T Records, Harley Dyse explained, “Hard work pays off. It’s a dream come true, coming from Pittsburgh, a small blue collar town where a lot of us don’t have the opportunity to make it out. I’ve really worked so hard to get to this point, worked through so much adversity throughout life, and I’m blessed to finally have the opportunity to display my talent to the world and support my family with something I’m so passionate about and love doing. With the help of Supa T Records and Mr. Supa T himself, Terry Elliott, I believe we will be able to capture the vision of this “proud to be me” generation and bring it to life with purpose and determination. We have the right things in place to make a major impact on the industry for years to come. I really have to thank the big homie Jak, my supporters and fans throughout the years, sticking by me, WE MADE IT!!! Get ready for Harley Music!”