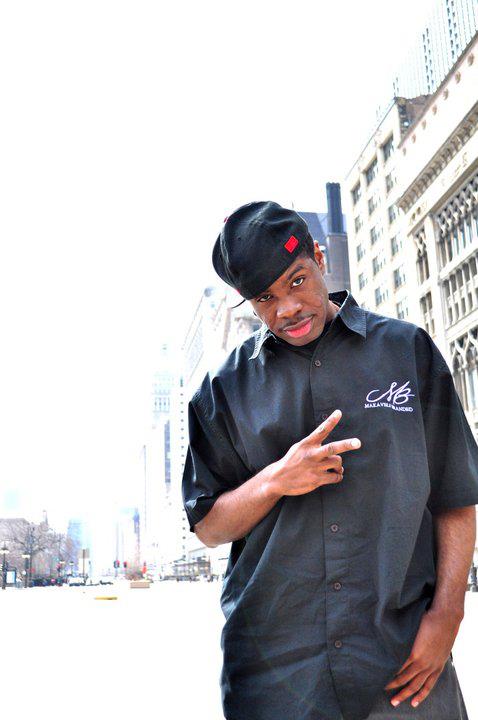 Cloak The Scribe, formally known as “DaCloak” is an explosive Christian Hip-Hop artist. Stepping into the music industry in 2004, Cloak The Scribe stunned Chicago’s Legendary Hip-Hop community with his truthful and charismatic flow. Cloak extensively cultivated his lyricism, spending countless hours songwriting, free-styling, and participating in battle raps and impromptu ciphers. Looking back on his journey to becoming one of Chicago’s greatest Christian MC’s Cloak says, “When first coming into hip hop I had no idea I would want to speak from a biblical world view.” But after being inspired by a spiritual brother in the faith he began to realize that God was calling him to be a poet and lyricist.”

In 2008 Cloak The Scribe released his first mix-tape entitled “Life Music Vol. 1” from the “Life Music” series while performing his single “Chicago’s Done It Again” at every church, conference, and musical events in Chicago. After receiving an impact full response after his first release he was inspired to learn as much as possible about the music industry. This inspiration resulted in Cloak attending the Music Industry Workshop West-side Music Book Camp; where he was deemed as the “Hardest working student.”

Cloak says, “I want to inspire hope, transparency, and vision to the listeners. I want to encourage them to seek the Kingdom of God and pursue the dream which God has placed in them.” Certainly he is doing just that with his album “Dreams Of A Giant” coming soon, as he displays through music the greater vision and mission God has sent him to fulfill. Cloak The Scribe is a visionary for the Christian Hip Hop community and is commissioned to impact the world with his amazing dedication to God and music.

I released 1 mixtape prior back in 2008 titled “Life Music Vol.1:Hip Hop Lives”. But it garnered very limited success.

My forthcoming album “Dreams of a Giant (DOAG)” was inspired by a biblical scripture Rev. 1:1-3 where Christ charges John (one of his followers) to spread the prophecy of his return and the rapture. It was also inspired by a dream where I observed many of the ills that plague us currently in this day and age. Thus causing the Giant to speak and bring hope to those who lack it.

A friend in college asked why was I sleeping on my clear God given talent and ability to meet/speak with people where they are. At that time I honestly didn’t have an answer for him. Thus here we are.

What do you think of the music industry in 2015?

I honestly feel as though there’s a lack of accountability, honesty, transparency, originality, and artistry.

I would have to say Jay-Z. He and his team single handedly changed quite a bit in the industry and the culture of Hip-Hop.

My level of transparency. Even if I have to show myself to be the antagonist i.e. the bad guy I’ll do so if it helps someone accept Christ and be a better version of themselves.

Me, Slaughterhouse, and Barrel Brothers.

My favorite song at the moment is actually my first album single titled “Wake Up”. Let me explain why though. The moment your own music inspires you to be better in every area of your life you don’t just have a good song. You have a GREAT song and that’s what “Wake Up” is to me.

With God all things are possible.

No tattoos or piercings but I wouldn’t count me out just yet lol. (Personal preference don’t trip)

Dreams of a Giant (DOAG) is collection of dreams, prophecies, eternal thoughts.

A few collaborations, touring, and videos from this project etc.

Thank you all for first featuring my first single “Wake Up” doing a crazy job promoting it on the site.

Thank you all for allowing me to grace the platform.

Be looking out for my next single coming very soon and the official video for “Wake Up”. Grace and peace.