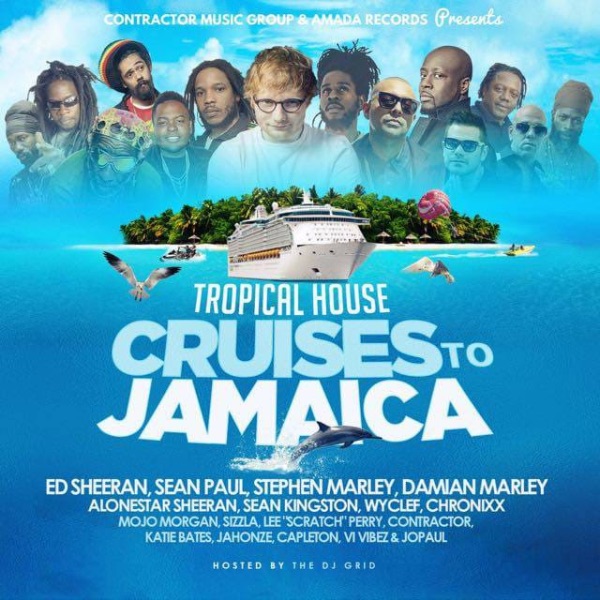 When music genres collide, one can’t help but to reflect on the saying “Music is an international language”. In this age of internet, music lovers have been exposed to genres that otherwise would be inaccessible to them. The latter also transcended into producers being influenced, and fusing sounds.

One of the most emulated and sampled music of the past few years has been reggae and dancehall. The tag ‘tropical house’ has been used to classify and identify pop hits influenced by Jamaican music. From Justin Bieber to Alycia Keys, the sound has been embraced my mainstream, and sparked many debates as the protectors of the genre fear cultural appropriation without due credit.

Enters brilliant Producer Sean “Contractor” Edwards whose solution was to marry genres by delivering an album running the gamut of international stars from Damian Marley to Ed Sheehan. This in my humble ears was brilliant! As i played the first track, I understood the aim of “Tropical House Cruises to Jamaica”. I was immediately transported on a musical vacation, introducing me to unfamiliar sounds paired with recognizable voices. One of my favorite track is “Regular Thing” by GRAMMY winning international dancehall star Sean Paul. It was produced by Gary Green, and gives the listeners Sean’s distinctive flow and lyrical style as dominant as ever. I’ve also added to my playlist the “Million $ Check”. The single now on repeat was produced by Mojo Morgan of GRAMMY winning Morgan Heritage. The hip-hop influenced track features reggae stars Damian and Stephen Marley and Hip Hop legend Wyclef Jean.

Throughout the album smooth beats create a relaxing vibe with its interesting sonic tones and exotic sounds. “Tropical House Cruises to Jamaica” draws you in with multiple experiments within just this one album!