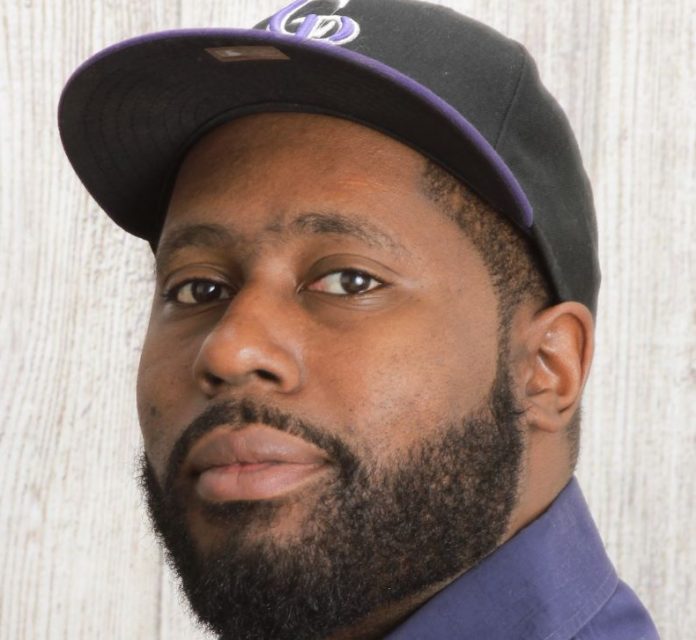 Tropacana Mane is a rapper and former EDM Manager with Unfldmgmt. A levelheaded hustler, he represents the struggle faced by African American males growing up on the Southside of Chicago. As living proof there’s no age limit on chasing your dreams, Tropacana has grown from roots in a religious family to selling drugs and making a name for himself in his neighbourhood. He’s now a leader in the music industry that stands by his word, turns bad situations into great ones and lives to inspire others to be the best they can be, no matter what.

I have released 24 singles.

My latest release was song called “Snow”. This song is dedicated to a friend of mind who was having some problems in his life and was killed in Jeffery Manor in Chicago on the playground around 2011/2012.

I started rapping in high school. I was in a group my guy had started. He was a senior and I was a junior. We recorded a song in a studio where r. Kelly was recording at the time. We was like studio b, kell’s was studio a. The group broke up later that year. Nothing bad happen they was a year ahead of me so they moved on. Then after high school I went to community college and dropped out a week later. I hit the block like most young black males do. On the block you ain’t got sh-t else to do but smoke weed, rap, and sale drugs. So I did that. My homie and right hand partner BJ, a.k.a. Goldie was a great freestyler. All day we would rap for hours. I listen to him battle and everything. So my other homie started this group called “Hotstylz”(hotstylz recorded “Lookin’ boy’ feat. Yung Joc) with his other homie. My homie Goldie was going to jail left and right. I caught petty cases here and there spent a little time in county. But I was around most of the time during the start of the hotstylz era. My biggest excitement came when “Hotstylz” starting doing shows and I would go and be apart of it. The parties and everything. One year, we had a big brawl at eastern university downstate il, and that kind of split us up. We was doing a show down there. I felt those guys put my life in danger because they previously had a fight with these guys from vulture city which is a gd set in Chicago like the year before and Chicago niggas don’t play when it comes to beef. After that fight I was pissed. So maybe a week goes by my homie Goldie come home form the joint, and we sitting down talking about it. Goldie said juice (one of my other nicknames) let’s make a diss record about it. We went into the studio and dissed “Hotstylz” and that situation turned into something huge. From my understanding we quashed between us even though I don’t talk those guys except one. But from there on I couldn’t stop recording. This was around 2006 going into 2007.

I think the music industry is a little water down. The reason why I say that is because most rappers are doing what they see there peers do. I like tattoos but it doesn’t make me any less of a man if I don’t have them and which I don’t. I wanna be a role model for the people who still have to get jobs and go to school. No white or black man is going to hire you if you got tattoos all over your face for those who have to work a job. Over all I think the industry is great. Most importantly you don’t really need a label to do you unless you just want to be a part of one. I look up to Young Dolph for turning down 22 million. When you got that much confidence can’t nothing stop you. It was motivation for me.

Tupac was and still is one of my most influential artist. By Tupac being reared from a family of black panthers, Tupac was able to show me a side of him that most rappers don’t praise him for. Which was his knowledge of the black panther movement and the black struggle. Which we are still dealing with that same struggle it’s just more mental. Through his music I could hear him teaching the art of war. The rapper who influenced my overall style of rapping is gucci mane.

I recently collaborated a song with fiend from no limit records a.K.A Mr. International Jones. It will be released on my EP coming this spring.

The difference between me and other artist is that I don’t have any tattoos. I carry myself like a o.G., I don’t wear women clothes, don’t have nothing against the rappers that do I’m just not cut from that cloth. My stepfather who was my dad taught me how to be a man and showed me how people who call themselves gangsters suppose to carry themselves. I understand that the music industry is a business and I have to treat it as such. At the end of the day it becomes your full time job.

The first album I bought was the luniz album. Shout out Numskull and Yukmouth. I hasn’t even smoking weed at that time but I got 5 on it was a jam and now it’s a classic.

Hope it never gets to that point but I ain’t selling nothing. Still got one of them big old CD books with over 100 something disc.

I like going to the movies and spending time with my family. Reading books about black history. I like to study where I came from so I can know where I’m going. I like doing business doesn’t matter if ti’s profit or nonprofit.

No tattoos but both ears are pierced

I’m working on a ep that will becoming out in June of 2019. The first single will be released February 2019. It’s a song dedicated to Nike for standing with African Americans and Colin Kaepernick.

I wanna do movies and help other artists. I wanna put this merchandise thing together. I wanna work on doing something for the youth who wanna be plumbers, electricians, doctors, or whatever cause the entertainment business isn’t for every one. Can’t wait for politicians to do it.

Thanks for everything shout out to itshiphopmusic for giving me this opportunity. Y’all stay blessed!