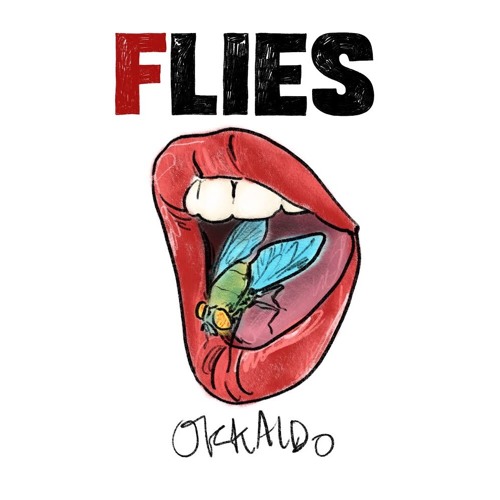 I’ve got a hot new track from Sydney hip hop artist Okkaido. Having burst into the musical scene only 6 months ago, Okkaido has fast tracked himself as a name to watch. His debut single ‘Amanda Who’ has clocked over 160,000 streams and is fast growing.

His latest single ‘Flies’, out on November 28th is no exception to this. With funky guitars lifting up a smooth vocal flow and bringing your attention to where it’s needed. In Okkaidos own words “Flies was recorded as an apology letter to an ex partner. The word “Flies” meaning Lies will always come to the surface no matter how hard you try to cover them up.”. It was produced by Matrick Jones in his home studio in Ashfield, creating a really raw sound and feeling.

All my life, I was in a family band at age 3 playing Drums and eventually moved onto writing songs with my father and performing on stage in his band.

I have released two singles ‘Amanda Who?’ And ‘Red Whine’

FLIES is the next single I am releasing. It’s some what of an apology song/letter to an ex partner. The song is about a relationship and quite personal so I feel people will be able to relate.

Check it out here

I was born in it though I decided a two years ago it was time to start releasing all the music I had been working on the past few years.

I think I am making a different sound and my own style of music. It’s more of a classical hip hop vibe compared to what people are releasing these days.

Currently today it’s ‘Who to Love?’ By Romare.

I’m addicted to cold water and Saunas. Is that a hobby?

What does this have to do with music.

I am releasing my first EP Titled ‘Get Over Yourself’
In May next year which I am super excited about. Been working alongside Matrick Jones and Sam Saint Jones for most of year so it will be great to be able to finally share them.
My next single Flies comes out on the 28th and the music video drops the following week. 🙂

Thanks for reading, love Okkaido