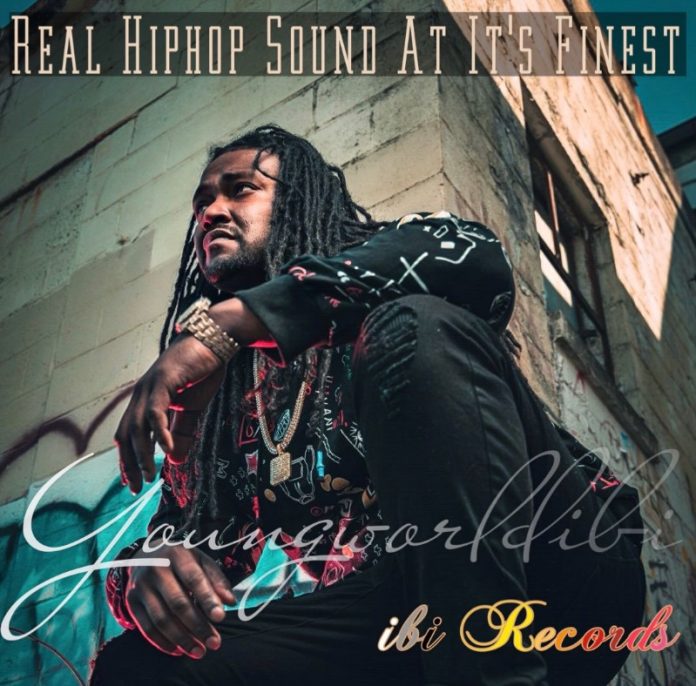 I go by the name Youngworldibi (Pronounced: yung-wurld -eye-be-eye) I’m an hiphop artist & ive been releasing music for a little over a year now. I take pride in putting out good music, staying true to myself & who I am as an artist. I have no intentions of fitting the mold. People have often hit my dm on social media complimenting me on my style & telling me I got that old school sound like back in the days when lyricism actually mattered. Lol people tell me that all the time. I take that as a compliment. I represent that real Hiphop sound with a new school mix to it. I’ve definately came a long way since when I first started off musically. I would say without a doubt Spotify is where I’m most popular at. I’ve accumulated over 214,000 streams & the fan favorite track “Off The Wall” has over 93,000+ of those streams.

I just most recently dropped another single “Homecoming”. I also got a new song titled: “The Rise” set to be released April 29th. “The Rise” is available now for purchase on my official website at YoungworldibiMusic.com. “The Rise” is actually one of the tracks to the full mixtape I will be dropping June 20th. I will be releasing partial of the mixtape on all streaming platforms then but the full mixtape (30+ tracks) will only be available on my website. My website is the place where you can purchase all my exclusive content including behind the scenes footage & official unreleased tracks.
I’m very serious about what I do & I pour everything I have into my music. It’s been a long & hard journey to climb to the top but I’m definately making progress & don’t plan on stopping either. Much more to come. If the saying goes “Actions speak louder than words” that’s definately me.