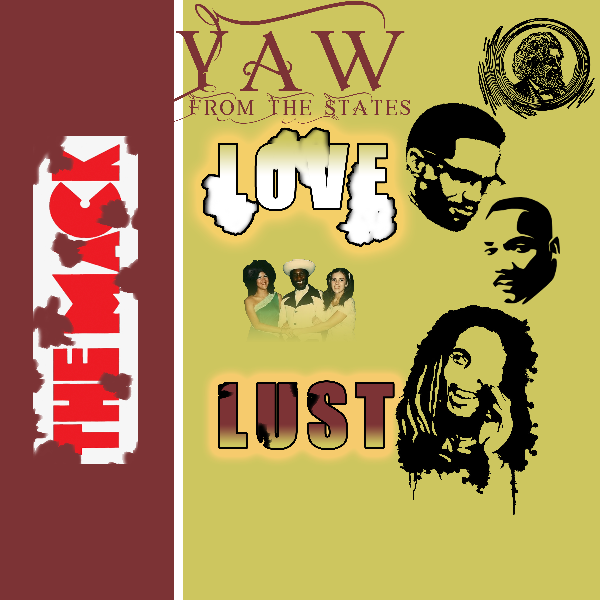 itsHIPHOPmusic brings to you ‘Love Or Lust’ by Yaw From The States:

Hailing from Pennsylvania’s “Steel City”, Yaw, formerly “Lemar French”, has been creating for over 10 years. An experienced audio engineer as well, with working experience around music’s elite, including: “Pete Rock”, “KRS – 1”, “Rhymefest”, “Young Buck”, “M.O.P.” and “Slum village”, just to name a few. Within recent successes, Yaw has been featured on SHADE 45’S, “Rap Is Outta Control”, with DJ Eclipse, for his single, “Love Or Lust”, produced by: “Tone Fultz (Son of legendary producer Melvin Steals).” Also an Emmy award winning mastering engineer for WQED’s, “Flyboys”, soundtrack, featuring the Tuskegee Airmen of western Pennsylvania. A well versed, “creative”, Yaw has been involved with music for the majority of his life, including playing the drums and piano as a child. Formerly known by his alias, “Lemar French”, Yaw has reinvented his image and sound to fit the demanding space of hiphop. No stranger to producing, we can find collaborations with area specific celebrities such as, “Mac Miller (RIP)” and “Wiz Khalifa.” Yaw’s featured production can be heard in the beginning of Mac Miller’s, “Nike’s On My Feet” video, co-produced by Mac himself. A fan of hiphop, Yaw is set to reshape the direction, a witty, aggressive flow accented by urban sensibilities, a complete dish for any TRUE fan of textbook lyricism.

KI Back At It presents: Going Hard Taken from the album “Addicted to Hip-Hop” September 2020 - KI Back At It is a rap...

September 2020 - Prince Kapone is a rap artist originally from Monticello, New York. His sound has got a distinctive East Coast flavor that...

Aim The Rapper – In The Word Today

Aim The Rapper presents the Official Music Video for, 'In The Word Today' Aim The Rapper a gospel hiphop artist they call him. Born in...

Bosswood presents the visuals for new release: What's Poppin' What’s poppin?! New Visual, WhoDis!? Bosswood is back with another insane freestyle. This one went so...

GV – By the Palm Treez

By the Palm Treez by GV Crowds have poured in from all over to listen to the magical vibes dished out by the astounding rapper...

GV – Lose It (Calm Before The Storm)

Check out, 'Lose It' by GV, taken off the full album: Calm Before The Storm Crowds have poured in from all over to listen to...

itsHIPHOPmusic brings to you 'Self' by the talented GV: Crowds have poured in from all over to listen to the magical vibes dished out by...