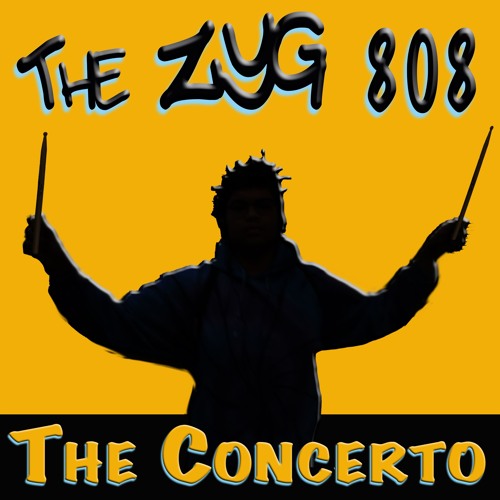 Check out this Review of ‘The Concerto’ by The Zyg 808

“The Concerto” is a brand new release from Bronx rap artist The Zyg 808. Fans of the genre might have noticed that the artist’s monikers features a unique reference to one of the most used drum-machines in the genre, and this really gives off a unique vibe of the sound you can expect.  The tone of “The Concerto” is lush and well-produced, with a well-rounded sound that feels rich and encompassing. Every elements in the mix occupies its set frequency, but the cool thing is actually the fact that the vocals are upfront and channel a lot of energy.

“The Concerto” is actually a commendable release, not only on the grounds of its amazing production,  but also because of the songwriting, which depicts the artist at the apex of his track in so many different ways. This song is fun and entertaining, but there is also some extra depth to it, which makes it really stand out not only as a banger, but also as a work of art.

If you enjoy the work of artists such as Wu-Tang Clan, Kendrick Lamar or Childish Gambino, you’ll love this one.

“The Concerto” is the debut solo single by Bronx born hip-hop artist The ZYG 808, from his forthcoming album “The Intro”. The ZYG 808 first came to national attention as a member of the Grammy nominated band, The GroovaLottos as well as his verse on the Soul Poet’s Syndicate’s track and appearance in the music video “Flippin”.

An un apologetic Boom Bap Backpack artist, his lyrical style, content and knack for unusual song forms (“The Concerto”, for example, is in three distinct sections, with no bridge) set him apart from all others in the game. ‘808’ is a reference to his unique ability to rap and play drums at the same time, astounding audiences up and down the east coast.

At the age of 7, The ZYG 808 made his debut as a studio session percussionist. By age 12, he was headlining the Boston Jazz Fest as a jazz fusion drummer. At age 13, he joined the multi-Grammy nominated band The GroovaLottos as a percussionist and featured MC.

The ZYG 808 is definitely an upcoming artist to watch.