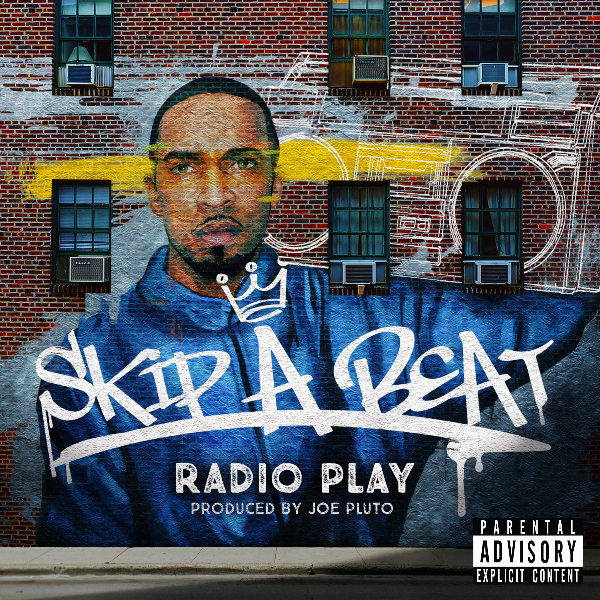 itsHIPHOPmusic brings to you ‘Radio Play’ bySKIP A BEAT:

S.A.B SKIP A BEAT is a homegrown artist hailing from Queens, New York. Born Peter Lawrence White, on March 6, 1984, in New Jersey to Angela Wallace & Willie White, he moved with his mother to Queens at the age of 3.

It was here that his love for music grew and grew as he wrote poems and lyrics about the world around him. He was influenced by 2Pac, Nas, Queen Latifah, Mobb Deep, and Mr Cheeks and immersed himself in their music and lyrics. As an independent artist who has always loved to explore new boundaries, he taught himself how to market his music at a young age without the financial backing of a major label or a record company.

He released his first single in August 2005 and titled it: ”Never Dance”. He kept it independent and true to his artistic stylings by having it produced by PowerHouse ENT. In August 2008 a 12 song mixtape followed featuring Fidel CashDoe, Simez Twins, and THE FLIP FAMILY. It was titled “8’8’oh 8” and is currently available on DatPiff.com

Opportunities continued to present themselves and new sources of inspiration appeared in his life. This lead to the May 2010 release of his 9 song Mixtape “The First Coming” which featured Ron P, Dukes, and THE FLIP FAMILY. This was soon followed by “Ready for Distribution” where S.A.B stayed true to his authentic roots by creating a mixtape that spoke to where he comes from as an artist.

An 8 song mixtape “The Re-Distribution” soon followed which included his ever-popular debut single “Never Dance”. This was added to give back to the fans who have been with him since day one and to show some love for the opportunities and support they have brought him.

With a unique approach to music and collaborations with Mr. Cheeks, Siah Meez, Tmack The Artist, and many others, S.A.B SKIP A BEAT has established his place in the burgeoning underground market. His music is available across all major digital platforms, and he lights up the stage when performing in front of any size crowd. A true hiphop artist who was born to perform, S.A.B is at home recording his own tracks as he is ghostwriting lyrics for other genres of music.