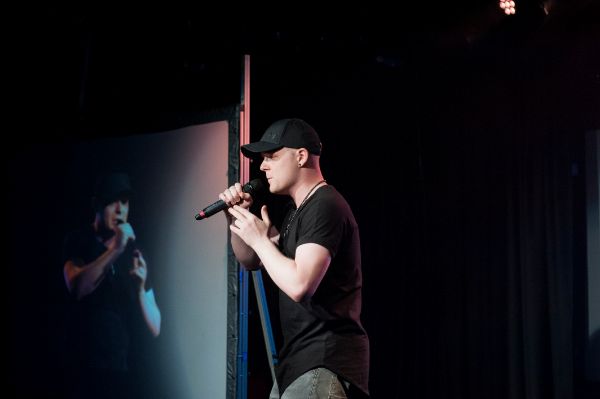 Ryan Soul is an artist with a really broad artistic scope. His music blurs the lines between many different genres, and he is all about versatility. From funk to rock and everything in between, anything is possible. Quite recently, Ryan teamed up with another talented artist, going by the name of Brydie. Together, the two actually released a fantastic new single called “Can’t Stop Thinking Of You.”

This track has a very engaging, yet emotional tone, and  is clear from the start that it really brings a lot of artistic depth to the table. The melodies are relatively understated, without ever overpowering the mix. On the other hand, they are also quite sizable and cinematic, really moving the atmosphere of the music to completely new heights. Ryan and Brydie seem to work really well together, and this song is definitely a testament to their creative chemistry, highlighting their talent perfectly.

I am a London based British Rapper, Singer, Song Writer, Multi Instrumentalist originally from Telford, Shropshire, UK (aka- the middle of nowhere)!

I began writing raps to beats as a little side hobby several years ago due to my ever growing passion for the hip-hop/ rap genre and was hugely influenced by Eminem as a teen! My first ever major gig I went to was Wu Tang Clan in Birmingham, UK years ago and US East Coast (NYC) rap is where my heart is! Eventually I started showing my lyrics to friends who really liked what I was doing and I have become more and more invested ever since and have now incorporated singing into my work and have been taking singing lessons for a couple of years to improve this.

Now, I often get told that I remind people of Plan B due to the fact that we both offer a rap & singing combination and maybe because we are both from the UK and apparently even look alike!!!

Any way Ryan Soul is the name because Ryan is my actual name and Soul means:

1. The spiritual or immaterial part of a human being or animal, regarded as immortal.
2. Emotional or intellectual energy or intensity, especially as revealed in a work of art or an artistic performance.

Music is immortal, artists die but they are alive through their music and of course rap is about story telling and giving people a message and I would like to think I can give people things that they can relate to, will inspire and reach there soul!