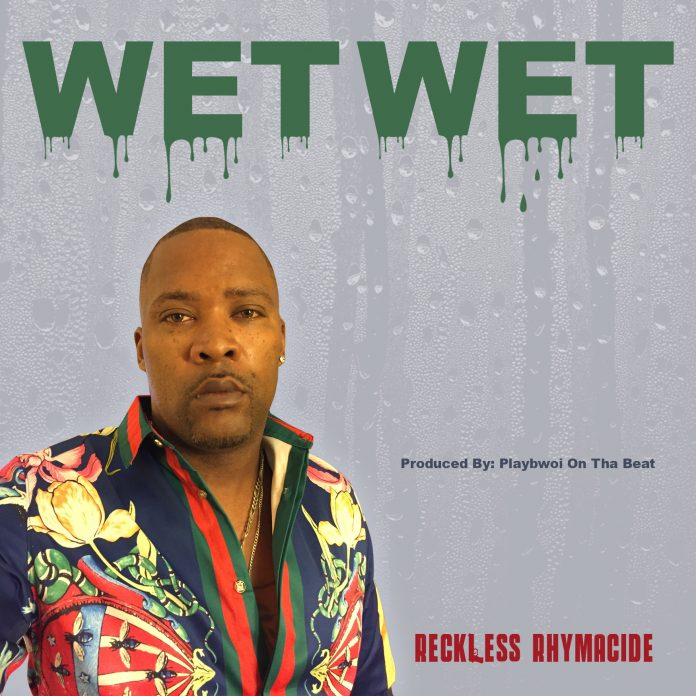 This artist sets himself apart with a sense of competency without alienating away from the mainstream sex appeal. The passionate preaching of dynamic lyrics venture into uncharted territories of rap sound shaking up the picture frame and establish new standards of hip hop.

“Wet Wet” demonstrates unique variability and doesn’t detour from its consistency fortifying a sense of substance and depth. This rap joint is piano-ridden with an assortment of impactful percussive sounds coalesced in the mix. He is outspoken while keeping a calm-collected demeanor permeating through the recordings throwing quality bars out the gate. The conceptualizations of omnipresent instrumentation are a distinguished  aspect of this music hitting keys/octaves with a clear and concise overall progression.

The project is rendered even more interconnected by the seamless transitions between stanzas portraying the talented songwriting skills put forth. There is a lucid tonal texture with the instrumental that provides a deep warmth to the vibe of the composition held together by a vintage demeanor.

Wet Wet goes the extra mile in ensuring that relentless effort to produce an impactful track that will be soon to generate a buzz across the gamut.

YOU CAN LISTEN TO ‘WET WET’ BY RECKLESS RHYMACIDE HERE:

Reckless Rhymacide (Kelvin Coe) is a rap/hip hop artist and songwriter from Indianapolis, Indiana. He is the biological brother of hip hop artist Loc Rhymacide (Anthony Coe). He began rapping in elementary school. His biggest musical influence was his cousin, producer Carlton Hart ($ir Hart). He recorded his first EP Young Black Males in the early 2000’s. His follow up LP Greatest Stories Ever Sold wasn’t released until several years later due to him serving a stint in prison. Both projects earned him regional success in the Midwest, and opportunities to open up for artists such as Twista, Coo Coo Cal, and Lil’ Flip.

Currently, Reckless Rhymacide is in the process of taking his musical career to the next level. Recently, he released several singles that are available for stream and download on all digital platforms. His most notable song is titled Wet Wet. Be on the lookout for more content in the near future. As stated by Nuvo Weekly columnist Steve Hammer, “Reckless Rhymacide is a force to be reckoned with.”