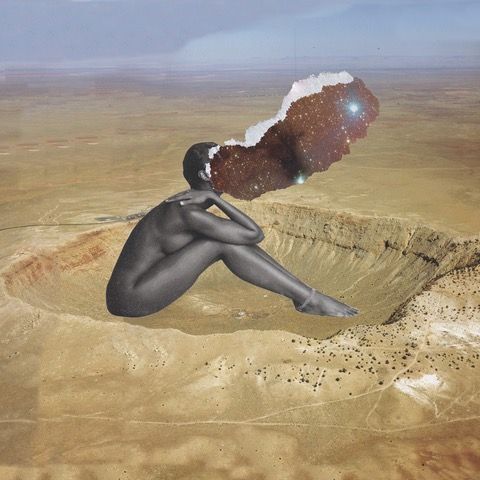 Obeah Drops Third Album “Life is But a Dream”

Atlanta based artist, Obeah released his third album “Life is But a Dream” a 19-track body of work combining elements of hip-hop, future bass, funk, trip-hop with 90’s era rap and soulful songcraft. Obeah documents a revelatory experience to provide something for everyone who listens, delivering a very mysterious passage of consciousness turning dreams into reality.

“The album is a culmination of many different styles and influences I’ve had over the years, stated Obeah when asked what inspired ‘Life is But a Dream.’ “This album is inspired by dreams. From fantasies to nightmares and everything in between. Also, hopes and dreams. Shooting for the stars and making your wildest dreams come true. From the most obvious things about me to the depths of my consciousness. This album is me. ”

Each track leads you in a different direction of the mind of Obeah, from his everyday actualities to his nightmares and fantasies. Forthcoming on Chuck D’s label, Spit Slam Records, LIBAD features 11 producers, including Chris Karns, Birocratic, and Late Night Radio, and nine vocalists, such as Chuck D and STS.

Few albums dare to tap into a mix of lucid trap beats, classic boom bap, and airy, metaphoric lyrics quite like this – “Life is But a Dream” will introduce you to the depth of MC Obeah. Standout records include ‘All That I Need‘ (track 5) prod. By Daily Bread and ‘True’ (track 6) prod. By Cosmoore feat. A1. The title track ‘Life is But a Dream’ prod. By AF feat. Sandra Gallardo sets the tone for the whole album lyrically and aesthetically.

A refreshing voice in hip hop, Obeah is an MC whose stylings are a unique showcase of language and delivery. Hailing from ATL, GA, his lyrical style is steeped in Southern culture with healthy doses of social commentary and soul delving introspection. Never one to shy away from lending his voice to artistic expression, Obeah has lived the vast influence of hip-hop across genres and cultures. From touring the world with Public Enemy under the tutelage of legend Chuck D after signing to his Spit Slam imprint, to keeping heads moving in the electronic scene with Daily Bread, bringing political issues to the forefront of the scene with WAKE, and pushing boundaries with experimental outfit The Difference Machine, this seasoned artist has always followed his purpose: to illuminate through music. With two decades of wisdom garnered in the independent hip-hop scene, Obeah is poised to take his poetic prowess to the people with a renewed focus on his solo efforts.

Obeah will be playing the Hawk’s Nest Music A3C Showcase on October 3 at Aisle 5 during A3C.