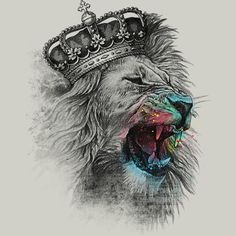 Check out this music review of the new single ‘K.O.T.T.’ released by Kid Jone$

Kid Jone$ is a hip-hop artist from Atlanta. His style is diverse and unapologetic, echoing the sound of inspiring rappers such as Lil Wayne, A$AP Rocky, as well as Joey Bada$$, only to mention a few.

Recently, he has released a brand new track titled K.O.T.T., which actually stands for King Of The Throne. This track is massive, and it is a take-no-prisoner type of song! The intro is soothing and atmospheric, bringing a really unique vibe to the song. The beat drops in just a few seconds later, and it definitely kicks the groove in full blast. I really love what Kid Jone$ set out to accomplish on this number, and the creativity of this project is absolutely astonishing.

In addition to the great song, it’s also worth it to give a shout out to the cool cover artwork – The sketch of the lion wearing a crown is truly spot on, and it suits the vibes of this release.

Kid Jone$ is definitely one of those names you should be on the look out for in the music scene, so don’t miss out!

Find out more about Kid Jone$ and check out this release:

James Bernard Guiltinan – This Time and Then

Tommy Danger presenting the visuals for new single, 'Like We Used to' Tommy Danger talks about breaking up and making up for Valentine's day PURCHASE HERE FOLLOW...

James Bernard Guiltinan – This Time and Then

James Bernard Guiltinan presenting his new song, 'This Time and Then' My "salute" song to Eminem, feat. Solid Savage, in the style of Eminem -...

raw from the 9 presenting his single, 'Bend it over' Spitting straight flames club banger so let's get it PURCHASE HERE FOLLOW ON: INSTAGRAM