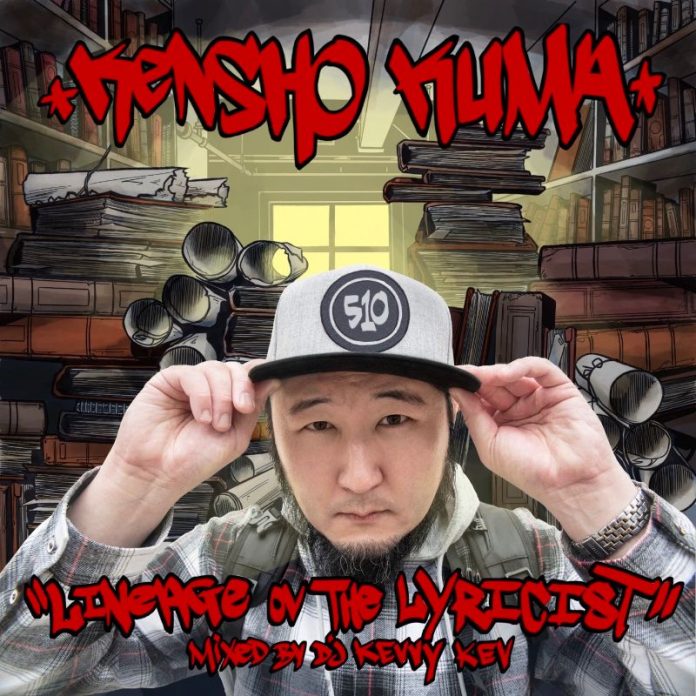 October 2020 – Artist and songwriter Kensho Kuma specializes in creating wonderfully innovative music, which blurs the lines between a wide variety of styles, including modern hip-hop. Recently, he took his blend of sounds and influences to the very next level with a stunning new studio release.

The new project is titled Lineage ov the Lyricist, and it is one of Kensho Kuma’s most accomplished studio works by far. The project channels the attitude of influential artists, but it also offers a deeper insight into Kensho Kuma’s own personality as an artist and human being. Lineage ov the Lyricist is fun, catchy, and direct, but it also happens to be the kind of music that you can easily connect with on a deeper level! With such a high level of focus on production, the sound is nothing short of world-class here, and Lineage ov the Lyricist places Kensho Kuma in a higher league because of the sheer attention to detail that listeners will experience after they hit the play button.

Don’t miss out on Kensho Kuma’s exciting new release, Lineage ov the Lyricist and stream the music on your favorite digital streaming platform.

Kensho Kuma is a bilingual MC representing 510 Berkeley, California. Kuma was born in Yokohama, Japan and was raised in the Bay Area. Kuma has been performing and recording locally and globally since ’98. He recently dropped the “Lineage of the Lyricist” mixtape, an hour of nonstop lyricism mixed by veteran DJ Kevvy Kev.

Kuma credits Raekwon’s “Only Built for Cuban Linx..” as his entrance into the culture. Kuma’s favorites include Black Thought, Ghost Face, Vinnie Paz, Sean Price, and Kool G Rap; he is bored very easily by elementary rhyme schemes. He has spent the vast majority of his consciousness developing a highly technical, disciplined writing style with a flawless delivery and live performance. The ability to apply these elements to two languages makes Kensho Kuma stand out, even in the highly multicultural San Francisco Bay Area.

Kuma marked his debut on the Catacombs compilation in 1999, and has since been featured on numerous global releases. Kuma released his debut album, “Rewritten Code ov Honor” in 2006, the “Projekt Life Force” in 2010, and “the Program EP” with Cloud NI9E in 2013. He teamed up with MC Orukusaki to form the 2nd Floor Samurais around 2013, and the duo released their “Shogun Stories” crew album in 2016. 2FS embarked on a 7 week Asia tour in the summer of 2017, which included stops in Japan, Vietnam, and Thailand. Once that tour ended, Kuma immediately embarked on a solo European tour, which included stops in France, Belgium, and Germany.

Kuma remains very active in the local scene. He is a director of the “Return of the Cypher” weekly open-mic event in San Francisco, which is about to celebrate its 8 year anniversary (if the pandemic allows it) and also serves on the board of directors for the NGO Hip Hop for Change.