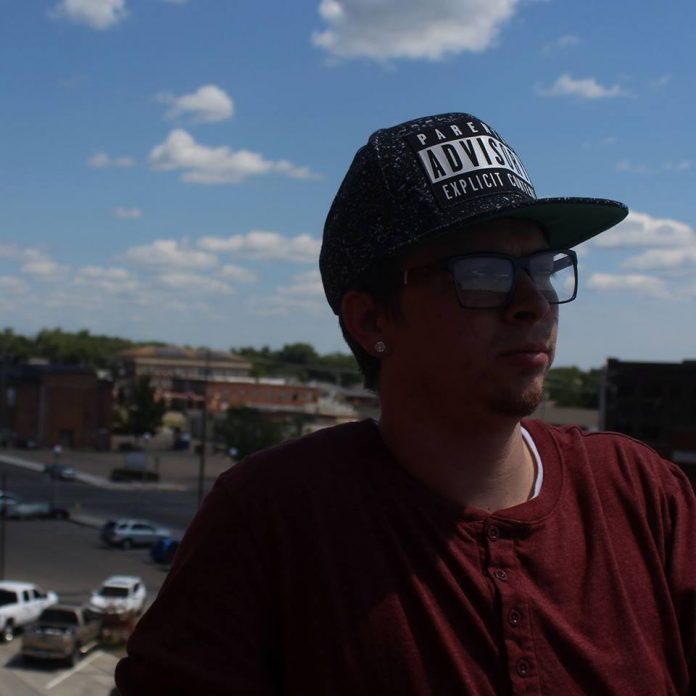 My name is Kane James. I’m a 25 year old, independent hip-hop artist and producer from Kirksville, MO. I’ve been making music for about 6 years. I currently have two albums released digitally, available on any digital retailer. I’ve accumulated thousands of plays on YouTube, Facebook, and other music streaming sources. Looking for 2018 to be the year for us, just as everyone else.

I’ve been making music for about 6 years. I messed around with it a few years prior. Just writing, but never took it serious until I was about 20 years old.

I’ve got too many songs for myself to remember, but I’ve got two albums out commercially available online right now. Working on the third currently.

My latest album, was Forevermore the King and the Sound of Proximity. Released in 2017. The background, was really about a lot of my up bringing, and the formation of who I am today. The album represents me. My views and my standpoints. I was at a very different place in my life, when I actually recorded the album. I draw inspiration from every experience I go through, and I use a lot of that energy in my album. I try to bring that real life experience to hip-hop. Where I am in my head, is usually what comes out on paper and I hope that people can relate to that. I hope I help someone who’s been in a similar position within each track.

I ended up finding a lot of freedom, from every day life through being a part of what I guess you could call the music industry. I love the experiences. The live shows. Meeting people and seeing new faces. Hearing people tell you how great it was, or how they’re happy to meet you. I ended up here, because of the escape.

I don’t care for much of the current industry. Any genre. There’s been some cool guys come out here and there, but nothing that’s really been impressive to me, or something too different. At least not mainstream. We need something new, and something fresh.

Eminem or 2 Pac. Both for different reasons. Pac was a leader. Something very different from many. He definitely stood for good causes generally and was very intelligent. Had he lived longer, it would have been incredible to see what he could have accomplished even outside of music and I think that’s very important for us to see. What are these artists doing, other than making music. How are they helping communities and what role are they playing. Most aren’t doing anything. Eminem, because he is the elite of the elite. The artist that nobody wants beef with. He came from nothing. He’s so incredibly talented and he paved a path for those who followed. He was a voice for many who didn’t have one. There are probably several more, but those are the main two who come to mind.

I’ve collaborated with Cryptic Wisdom, Dubbs, MotionPlus, Demrick, and Eternal of the West Coast Killa Beez. I’m very proud to be a part of each of these opportunities.

Hopsin. Hands down. If it needs explanation I’m probably not for your ears. Seriously, he’s one of the best guys out right now. Lyrically. I have been starting to draw towards other artists as my favorites, but to me, a Hopsin collab would be a dream come true.

The first album I bought myself, was actually Country Grammar. By Nelly. Probably because he was from Missouri.

What’s your favorite song at the moment?

My favorite song currently would probably be Way Down, by Merkules. It’s a very positive, uplifting song for me. I enjoy listening to it.

Satellite. By P.O.D. Even though it’s not hip-hop, I have a great childhood connection with it. Would be hard to get rid of it.

What is your favorite saying?

You know how it goes. Probably not my favorite, but definitely my most used.

I love classic cars. Rebuilding, or just driving. Everything about classic cars. I also have really drawn an interest in art. Would like to be able to buy some really nice art pieces for my home.

SEVERAL. I love them.

My upcoming project, The Side Effekts of Dreaming. Will definitely be the best to date, in my opinion. So much growth and so many experiences. I’ve got an entirely different out look on many things, and lyrically, I impressed myself. So that’s always something to look forward to!

After the release. We’re hoping to start touring and pushing the album. Putting it into as many hands as possible and hoping for this to be “the one.” The one that everyone loves, and considers a classic. I want to look back in 10 years and say I knew it, but I guess we’ll see exactly how it goes when that time comes.

Thanks for the opportunity to connect with new eyes and ears!