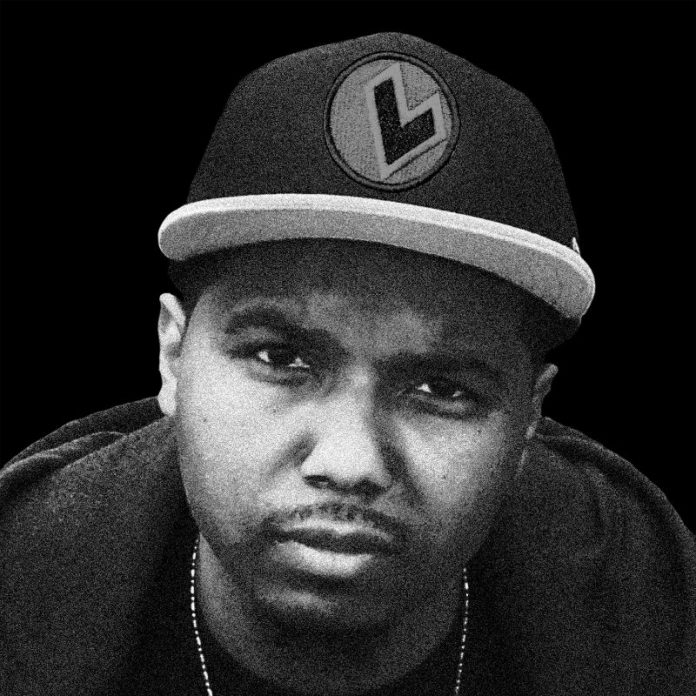 Jon Harris is a rapper and record producer from New York. He was born in Manhattan, NY, moved to the Bronx, but lived the majority of his life in the Cortlandt Manor, NY but is known for admitting he doesn’t have much of a “New York” rap style. He founded Living Life Our Way Entertainment to help his career and other people that don’t get as many opportunities as better known artist.

Jon states he started making music unofficially in middle school where he was introduced to Fruity Loops Studio. He said “One day I was made a beat, a simple beat nothing to brag about, and stopped for a second to realize the gravity of the situation. I realized I literally was doing what the real artists were doing and that was the point that bridged the gap between living a normal life and being a music superstar. At that moment I realized it was possible and that’s why I started working towards being a rapper, because to me it was possible.” He would make beats and use his sister’s karaoke machine to record freestyles to cassettes during middle school. He started making digital recording and mixtapes once he started high school.

During his time in high school and college he created several projects under the name “J-Holla”. He used this time to figure the music industry out. On several occasions and in his lyrics Jon brings up the fact that he started making music with no background knowledge, talent, or formal training. Everything he learned regarding his music was self-taught while in high school and college. In 9th grade he upgraded from the karaoke machine to using a computer, a cheap $11 microphone, and free instrumentals he could find on the internet. He did use some beats he’s made but at this point it wasn’t frequent because he wasn’t confident they were good enough. He made several mixtapes with this process throughout college.

Junior year of his college career Jon started feeling the pressure of making major moves. He wanted to make a small demo to give to major record labels. Working throughout college he saved up to upgrade his equipment, he bought a $100 microphone and recorded several tracks by start of his senior year. With his goal to send the tracks to labels, he focused his lyrical abilities to showcase his writing talent. He researched every major record label he could get the contact information for and sent his demo out to them all just to find out they didn’t listen to it. After coming to the realization he couldn’t rely on the major labels he decided to make his own company and distribute the music himself.

He started working on writing more songs to eventually make a mixtape unlike any he’s made to grow a fan base. The microphone he initially used broke so he would eventually record the most of the project with is computer mic. He continued to focus on his lyrical abilities but also produced the entire mixtape himself to showcase all of his talents. He would also go on to mix & master the mixtape, do the photo shoot, and edit the cover and back cover. He was so proud of this mixtape because the central theme of the mixtape was self-reliance, he made the entire mixtape from scratch without the help of anyone else. He named the mixtape “Destiny’s Calling” which aside from the main critique of the sound quality was well received.

The Destiny’s Calling mixtape was released from Jon’s new company Black Widow Entertainment. After the mixtape was released Jon changed his focus on building up the brand of his company, along with promoting the mixtape. It was during this time Jon decided to change his stage name. His comment on the change was, “I kind of felt I grew out of the name. To me “J Holla” sounded a bit immature and also there were so many j hollas on the internet. It was hard and continue to be difficult to distinguish myself from all of them. I chose Jon Harris because that’s the best represents me and like Kanye west said, I don’t want a “rapper” name because that might box me in. I’m not just a rapper, I can potentially give you something different”. He made a few projects under the new stage name but was actually recognized with it once he released next major mixtape, “Destiny’s Calling 2”

Destiny’s Calling 2 was released on October 31, 2017. This was the second installation to his Destiny’s Calling Series. He felt the need to make this mixtape to showcase where his abilities were at during this period. He upgraded his equipment to more professional equipment and put together a small studio. This mixtape used a larger budge regarding the sounds and plug-ins he purchased for the production. He wanted to continue his self-reliance theme although he did admit he produced every song on the mixtape except for one. DC2 feature several local acts including, Al Boogz, Amanda Barreto, Heather LaRose, Money Mike Dolan, & Mike Harris. Aside from the featured rap verses Jon is credited to writing every song. Along with self-dependency, Jon also wanted to change people’s train of though. He said “people tend to be very stuck in their ways. When they have a thought about something it’s difficult to change their minds by arguing. What I’m doing is painting a picture of several sides of some of these situations to give a different perspective.” The last major theme of the mixtape is progression, Jon deliberately added a track “reflections” to show work from his very first project. This is to give the audience an idea of how far he has come. Also tribute the journey the people who has been with him since and how far they’ve come.

Shortly after DC2 was released Jon decided to rebrand his company. He changed the name from Black Widow Entertainment to Living Life Our Way Entertainment. He said there was another company Black Widow Music that was causing some confusion and wanted his company to be the only of its kind. He also though the new name better represented the ideals of the company. He said “I came up with the name because all my life people have been telling me what I should do. ‘I should pursue music because it’s not realistic.’ ‘I should get into this this field or that field’. If I listened to them and it didn’t work out and I was miserable, I would only have myself to blame and that’s not fair. So I refuse to live my life their way, they can do that. I’ll live MY life MY way”.