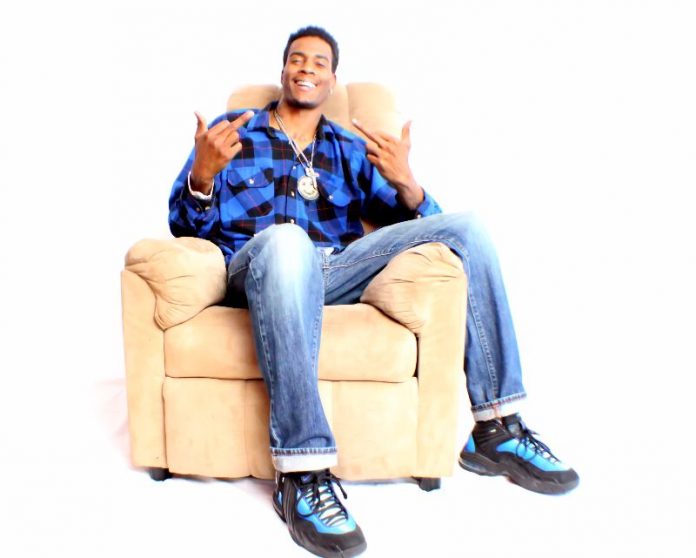 K.Buttons’ affinity for poetry in grade school morphed into a serious interest in music by high school. While his life experiences would make him the emblematic trap rapper, he prefers music with a positive message and hints of soul accentuated by vibrant instrumentation.

A well-rounded music lover, K.Buttons grew up listening to classic artists like Teena Marie and Stevie Wonder with his mom. He enjoys R&B — and reggae — as much as hip-hop. Not one to put himself in a box, he’s been influenced by everyone from Future to Kendrick Lamar, and Drake to Jay-Z. While his all-time fave is Jadakiss, K.Buttons’ personal style tends to be more conscious and mature like J. Cole’s.

K.Buttons has always held lyricism in high regards. If the music doesn’t paint a picture, it’s just noise. His own songs relay real-life stories people can relate to. Everything he raps about comes from the heart – he’s either seen it or lived it. When you hear him, you’re getting to know him.

A couple months ago, K.Buttons dropped an EP titled Salute 100 and the single “Dead Bodies.” As a BMI member with his own producer and his own publishing distribution, he’s making headway in the industry as an artist and businessman. In addition to securing artist pages on major music platforms like Spotify and iTunes, he pockets all the proceeds from sales on his work.

K.Buttons new single, “Stay Away” has been played on WKYS and WPGC, and is currently available on iTunes. Commonly mistaken to be about a woman, “Stay Away” is actually about blocking out all the noise to focus on oneself. Most of K.Buttons’ loyal fans were surprised to find him harmonizing and bringing R&B vibes to the track.

As he continues to promote Salute 100 and both of his singles, K.Buttons seeks the type of progress that will get his voice and message out to the masses. He has a good team behind him, and DCTOP20 is doubling down with additional branding and marketing efforts. Always working, K.Buttons’ new album will be ready in the New Year and he foresees nothing but forward movement from there.

As long as he remains true to himself, K.Buttons will be good. He has a loyal following, and is humbly seeking anyone who’s a fan of music to check him out. None will be disappointed, as he’s truly blessed and gifted.