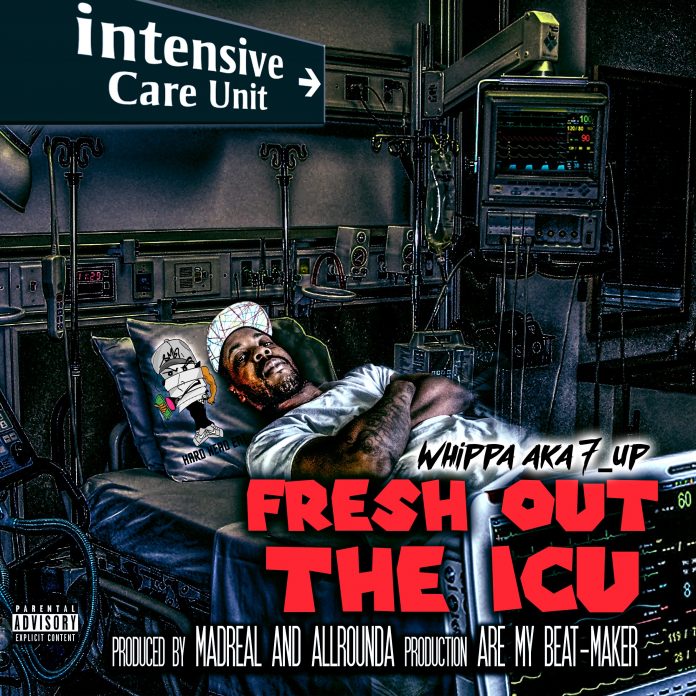 Born in Inglewood, California, Whippaaka7_up is a recording artist and the CEO of Hard Head Entertainment. As a creative artist and the CEO of a growing entertainment company, he combines his inspiration for music and his business acumen into one. Through his productions, he takes the listener through a powerful and dynamic musical journey that celebrates of the resiliency of the human spirit and one’s ability to keep conquering challenges in life to taste victory. In 2009, Whippaaka7_up’s life changed when he experienced a tragic accident that left him paralyzed from the chest down. Never one to give up, he did not let any of these obstacles stop him from striving for success. He would go on to graduate with his degree in technology and a specialty for recording, business and real-estate. Thus, each one of Whippaaka7_up’s productions tells a story and provides a rich source of inspiration and strength for every listener to draw upon in both good and bad times.

I was born and raised in Inglewood Ca,

I’ve been recording music and perfecting my craft since 2001

I’ve published my first official album that has eight tracks that I released last year July 7, 2017, called “Fresh out the ICU”.

My album “Fresh out the ICU”, was created to become a vessel, to help me deal with my disability because at the age of 21yr. old, I was shot in the back of my neck and it left me paralyzed from the chest down. I figured I’ll embrace my situation and become the light that helps others with their struggles in life. I spent over 2yr. in the hospital and I knew want’s I got out I had a story to tell.

My oldest brother Chuckie use to be a Dj for a group back in the early 80’s and I use to watch him play on is mixing broad all the time. The women in my family all are gospel singers, they get to travel and perform in different stats. I guess I was born to do music whether it’s writing a hit song for my self or for a client.

I don’t care for it, I’ll rather listen to myself then to listening to something I can’t understand, but no disrespect to their grind. I just feel they don’t put enough effort into it like they should.

To me, I would say Rakim because he gave you street, knowledge, and at the same time, he told you how to conduct your self as a black man.

I only collaborated with local artist like Half Ounce from “Wrong Kind Record”, but no major artist at the time.

I talk about the struggle and how to get yourself out of it. I also talk about how to maintain that position and use that same struggle to motive you. Every one of my songs has some kind of message in it, rather its saying something that is uplifting to you or something that would have you think is he describing me. I do not like talking about cars or money because common people can’t relate to that style of music.

I would love to collab with E-40

The first cd I purchased as a kid was the “Hot Boys”, by Cash Mony Records

Yo Gotti “Rake it Up”

I would leave Master P album “The Last Don”

“Fresh out the ICU”, is available on all streaming site except Pandora at the moment. I’m currently finishing up my new album called “105 Muzik” part 1&2 that’s dropping sometime later this year.

My goals are to be in films as a disables actor and also begin my non-profit program that will help people express their talents through their disability.

whoop that way, Thanks that means a lot dawg