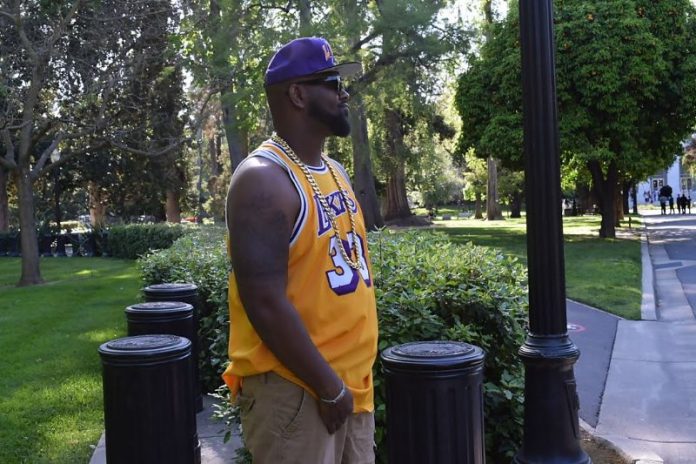 Born in a small community called Willingboro NJ,raised in Burlington City, New Jersey. These two cities are a melting pot of musical talent.

I’ve been making music professionally since 2004. I’ve been creating music since I was 12 years old.

I don’t have any official albums released as of yet. I’ve been making “mixtapes”, that kind of give that “album feel” for the past 3 years. My recent project “Birth Of A Legend” is available on spotify and soundcloud. My most current release is a song called “Auto Pilot”, which doing very well on all streaming platforms.

My latest release is my project “Birth Of A Legend”. The inspiration behind it came from the passing of my mother and all of the adversity I was dealing with at the time I was writing for the project. I t has a real “roller coaster” like vibe to it, because I speak on the ying and yang of life.

I wouldn’t say i’ve “ended up” in the music industry, I’m more so introducing myself professionally to the industry. Letting them know, I want to break what has become the norm and bring good hip hop/rap music to the table. I have the creative lyrics, the ability to tell stories, the ability to make these stories vividly visual and overall I want to keep the genre flourishing rather looking like a outcast.

I think it has become a game of where’s waldo. Everyone looks the same or has the same intentions to create “shock value” with there appearance, but musically, just overall its sounding the same. As a fan of music, I really depend of the artist to say something that will make me remember them, I’m not getting that from this era of music in hiphop. No shade to those doing it and making money, but If you asked me if I had a favorite of the new artists, I would be lying if I said anyone’s name.

For me, Its a combo of many artists I grew up listening to. From, Jay to Nas, Pac to Cube, Fab to Kendick, and all in between. If I had to single anyone out to say, they were a direct influence, I would have to say Jay-Z. He’s the GOAT!

Mainly just talented artist that I know. Such as Young Zel, Truth, A.T.L. and Royal. All unsigned, independent talent.

I differ from other artists, because my music is more mature conceptually but organically I try to make really dope music. I don’t sound like anyone thats currently “hot” right now, because I’m not trying to be anyone else. I’m not following any trends, I want to be viewed as an authetic artist.

My latest release will be my forth coming project “Leavin’ My Legacy”, the inspiration behind it is my son but conceptually it’s a project showing my growth from just a young man to grown man, while telling my story of things the that i’ve been through, whether positive or negative. Hence, the title “Leavin’ My Legacy” is what I am striving to do for my son and hopefully as he gets older, he can refer to this project as guide as how to navigate thru the game of life.

Thanks for having me, shoutout to its hiphipmusic.com for the love.
You can connect with me on all major social media platforms, facebook,instagram and twitter.
“Leavin’ My Legacy” releases May 22nd and will be available on all streaming & digital retailers.