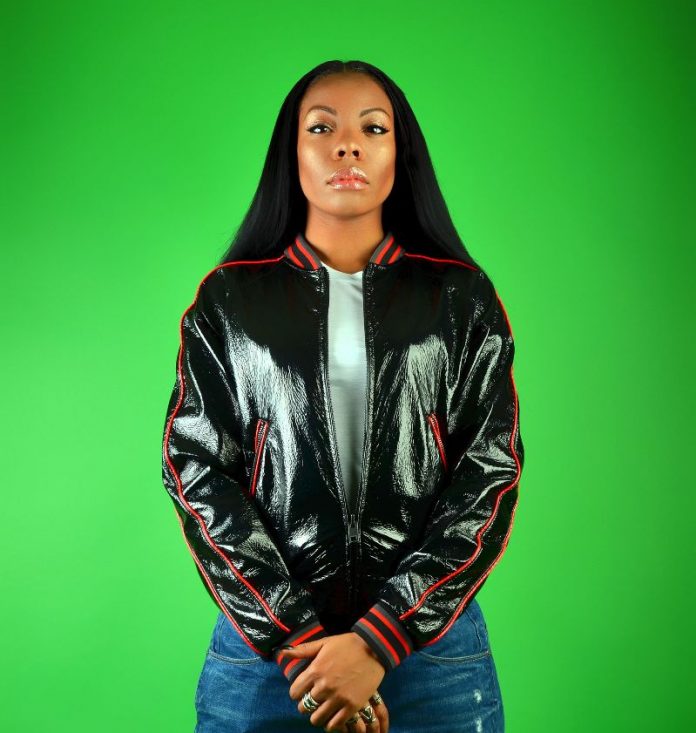 London UK ..South of the river!

A few years on and off. I’ve had singing lessons, studied production and engineering and been writing songs but have been solidly recording and honing my sound for about 4 years now.

I have released 5 full music videos so far and put out more exclusive songs on soundcloud as well as other snippets/freestyles etc on my instagram.

So its a cover/remix of Juice Wrlds ‘All Girls Are The Same’. I heard it and liked it a lot but straight away I was thinking Nah I cant let this slide, I need to do a ladies reply for this. I can’t have guys talking greeze about the girls and not have my say. So obviously I put my spin on it and gave a few ‘notes’ for all the guys that have annoyed me in some way lol or maybe even been lucky enough to brake my heart (a little bit!)

I think we hear that all girls/hoes are the same a lot but I find its a certain attitude towards girls that is mostly to blame. That’s all political and we can go there later, but this was just fun for me really. I’m done with crying over men for the minute so I’m more into laughing about stuff now.

Well my dad used to be a dj so I always had equipment, music and party people around me when I was a kid. I started singing every day after school and a record label heard me from my bedroom. Long story short I did not get signed up but from that day I knew I had the potential. I started reading up on the business side, studying mixing because producers would always take too long to mix my stuff and I started recording myself. After getting the confidence to rap as well as sing I felt really ready and started to put my music out.

I think its cool, its fun and there’s never a shortage of new music to hear. I mean I definitely have my favorites and unfortunately some are no longer here with us so I’m holding onto just a small catalogue… But! I definitely think there is space for me. I am in my own lane, although that can be a gift and a curse I think people are coming around to my style. I am not about to start trying to sound like anyone/everyone else so hopefully when people want a fresh new sound they will swing my way.

Most influential for me at the moment is Nipsey Hussle. I really love his energy and his message. I appreciate his dedication and honesty and think he is making music for the right reason so I respect that a lot.

I have worked with a female dj from spain, an r&b artist from italy and have a jamaica/uk collab in the works for the summer. I’m into the international collaborations and anyone that sends me something that’s hot I will give it a listen. If I can write to it and I catch a vibe then I’m in.

I’m just myself and I believe I am a natural at this. I’ve known what I wanted to do from young and am going for it. The unlucky thing for me is that everyone has always told me how hard it would be and how difficult the industry is, and although that is true, when you are influenced by friends and family, those comments can steer you off your path. Now I am more hard headed and other peoples opinions or advice don’t really resonate in the same way. I make music for me, that I love and I think that is important. I’m not in it for the fame or the fortune, just to tell my story and to represent whole heartedly for anyone like me.

Chinx Drugs… I just love his last album and it moved me in a way I haven’t felt from a body of work in a long time. I was so excited about what he was about to do and its just a sad story for me that he had to die and especially in that way.

First album I think was TLC ‘Crazy Sexy Cool’ probably followed by ‘Fan Mail’. Shout out TLC, I loved their swag, dance moves, the attitude and of course the music, in every way I was inspired!

Right this second I love Tekashi 69 ‘Gotti’. I know hes got a lot of haters and that but I just think his music is different and he deserves to be given a chance to shine. I love the fact that its a bit more melodic than his other songs but the lyrics are still greezy and I feel a bit crazy singing along to them all but just have to!
I just think hes a cool guy and has probably got a good heart too. I mean you have to be strong when you’ve got a lot of haters and I know how that goes.

I’d have to leave my Alicia Keys cause thats my singing zone. When it’s just me and my voice and I can get a moment of real solitude I gotta sing it like my girl ‘Liec’ would. Thats when I knew for sure sure its what I wanted to do. Those songs moved me, that’s spiritual.

‘Today I am Much More Than I was Yesterday’ …Its a great sentiment, I do believe it to be true and its tatted on my arm so I’ll go with that!

I love drawing, designing clothes and making my own pieces. I studied fashion design at uni so I love seeing stylish people, looking at the details of clothing and trying to work out the psyche of the designer. Thats my second love, fashion. Otherwise I like reading, I love to learn, Education is Key.

I have 12 Tatts and (…counts piercings quick) 8 piercings so far but my nex tatt is booked and I’m SO excited as its a big one and the artist is AMAZING!

My next project will probably be my EP. It’s been delayed for a while but it is surely coming this summer. I mean there is only a small team of us. Me and my producer here in the UK working with some engineers here as well as in Atlanta and New York so it is a lot of work organising everything music wise, videos and promotion so it can be difficult at times especially with the distance ..but we gon’ get it done, one hunnid percent!!

After the EP drops I will be focusing on doing more shows. I love being in the studio and home writing etc but the stage is where everything comes together so I’m really looking forward to getting back to that. After that will be more music again. I’m sitting on so many songs it’s frustrating, but as hey say.. everything in its right time.

Thank you for the opportunity and I hope u enjoy my gift to you! Music is life:)