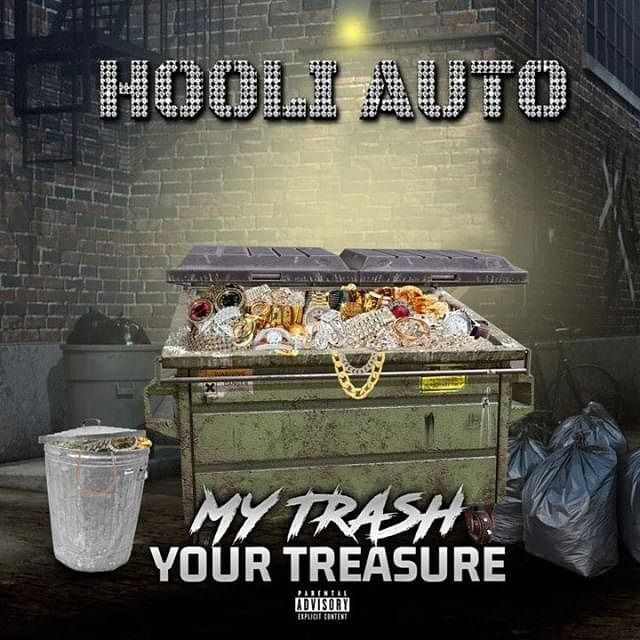 Hooli Auto is a hip-hop artist hailing from Hayward, California. He is also known by Hooli Automatic, and he had the opportunity to record songs with artists the likes of Spice 1, Daz (from the Dogg Pound) as well as B-Legit & San Quinn, only to mention a few.

Recently, he completed work on a full-length album titled “My Trash Your Treasure.” This album is a crossroads of great hip-hop, with influences ranging from classic acts like 2Pac to modern icons like Logic and Kendrick Lamar. In addition to that, he is also inspired by artists like Red Hot Chili Peppers and Sade, bringing a truly eclectic twist to his range of influences.

“My Trash Your Treasure” holds 15 songs, giving the audience an injection of some of the best rap they’ll hear this year. There is also room with some collaborators, including Jamyka, Daddy Rich, J Minixx, and Don Pro, who brought something special to this album as well, adding their stamp on some of the tracks. The hugely diverse variety of songs is held together by a great production. The beats have a very warm old-school flavor, but there is also room for modern sounds. From hip-hop to R&B, and other influences, anything goes!

Find out more about Hooli Auto and listen to “My Trash Your Treasure,” which is currently available on the web.