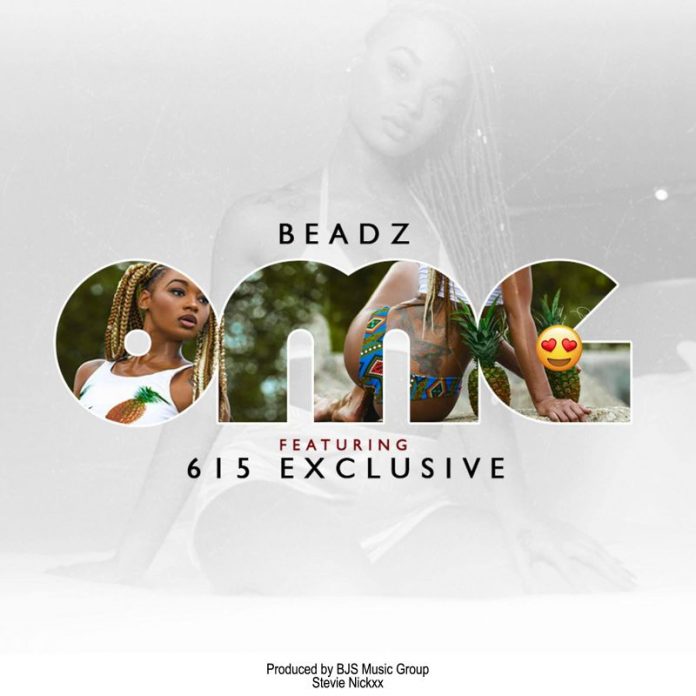 Beadz is a rap artist hailing from Chicago. His sound is raw, direct and in-your-face, making for a hugely influential and powerful tone that really helps him deliver his sounds in a very energetic and unique way.

Also known as Beadz Jones or “The Real Face of Chicago”, this artist is one to watch out for in the music scene. His sound fits in well with the golden age of the genre, making for a driven, direct and forward-thinking attitude that knows no boundaries in terms of experimentation and creativity. Beadz has recently been endorsed by Midwest Mixtapes, and he is quickly becoming Chi-town’s most buzzed-about rapper.

Do not miss out on his most recent releases, and check out his recent mixtape “No Social Media”, as well as his latest single, “OMG” ft 615 Exclusive, which is rapidly becoming this summer’s fav banger!

Beadz aka The Real Face of Chicago bka Beadz Jones has been on his grind in ghetto land Chicago for many years beginning during his high school years. During High School Beadz remembers having mic clashes with several of the top artists in Chicago especially world renowned Lupe Fiasco and the upcoming Mic Terror.

The WGCI Clear Channel Radio Station Chicago Idol Contest was the pivot point for Beadz to launch his career against all odds. Yes and he wore beads which became the moniker for his name. On his trek to be the best Beadz stated that he had to be the “Realist” which is the antonym for his mix tape “ The Realest Nigg* In It” hosted by none other than the number one record breaker throughout the South and chief of Real Nigg* Radio Mix Tape Series, Bigga Rankin. His 2007 single “D Boy” was the song which gave Beadz the energy to push even further in the streets of Chicago. The song received thousands of online hits as well as club play as well as mix show plays.

Other single release including fan favorite “What It’s Hittin 4” and “South Side Party” in 2008, Beadz turned his grind up another notch performing at almost every major local hip hop event in the city as well as the surrounding states in the Midwest. Beadz has been featured on many mix tapes during his grind including TjsDjs CD Exclusives, Southern Record Pool Conference Mix Tape, This Is the Remix Mixtapes, Coast-2-Coast Mix Tapes, The ATL Record Pool Conference Mix tape as well as Supply and Demand from Dj Head Bussa and Dj Smoke Mixtapes. More recently his tracks are seen on Chitown’s own Dj Big Pat’s and Dj Shaun T’s mix tapes as well as NYC most respected Dj Blazita’s Club mixes. Beadz has performed with every blend of hip hop artists from Keith Murray, Young Buck, Slim Thug and Fat Joe to hometown artists including Twista, Shawna and Crucial Conflict. For his efforts he was saluted by many interviews and reviews including Hood Magazine, Tha Hood.net Magazine in Germany, Vancouver Hip Hop, The Source Magazine, Ford Magazine, HipHop Weekly, Sir Magazine, Makin It Magazine, Street Talk Newspaper and Ozone Magazine. His club bangers “Super Bad” and “Celebrate” were followed by “Wild Out” featuring Wacka Flocka is still a fan favorite. Beadz Jones has dominated the Chicago land area and surrounding cities in the Midwest with shows in Minneapolis, Milwaukee, St. Louis and Kansas City.

He has been endorsed by Midwest Mixtapes as the most solid artist currently in Chitown. In 2012 Beadz was the 1st unsigned artist to be placed on the cover of Coast2Coast Mixtape Magazine as well as his hosting of the Mixtape series #203 which is still currently being visited by fans. Beadz released “2 Shots of Patron” which received local and internet radio support. His single with Lazy Bone from Bone Thugs is a global favorite. The video for “2 Shots of Patron” received approximately 10,000 views on Dj Vlad TV and music site. During recent years Beadz was named Home Turf Artist for 4 consecutive years by WGCI 107.5 FM -iHeart Radio as well as WPWX-Power 92.3 FM . Beadz has released singles on the radio featuring Twista, Do Or Die, Crucial Conflict, Layzie Bone, Psychodrama and many other iconic Chicago artists. His recent singles “Go Hard”ft Twista, “I Swear” ft Jimi Nu, “Gotta Bag” have done over 50K Streams on Spotify monthly. In 2017 Beadz released his recent Mixtape titled “No Social Media” with over 5K download on Midwest Mixtapes and Audiomack.